We are closely tracking the rapidly evolving public health and community concerns related to the new coronavirus or COVID-19. Feel free to reach out to us any time at ryan@foranlaw.com or (301) 441-2022 for assistance with your legal matter.

In Maryland, there is a fee schedule in your workers compensation case that controls the fees awarded by the Maryland Workers Compensation Commission. The maximum fee for a Maryland Workers Compensation case is a maximum of 20% and is set by the Commission. The fees are set out in COMAR 14.09.04.03. Generally, once there is a final award there can be an attorney fee awarded. The Commission may approve a legal fee in excess of the fee schedule if exceptional circumstances are met.

In cases of permanent total disability the Maryland workers compensation commission may approve and award of up to twenty times the State average weekly wage with some exceptions.

In cases where there has been a settlement there is formula that is also set out in COMAR as referenced above. The amount of the fee wholly depends upon the amount of the settlement. There are three tiers that the COMAR regulations set out in terms of the correct attorney fee. The fees in no way will be greater than twenty times the State average weekly wage.

The legal fees for dependency claims are also dependent upon the work that the attorney for the claimant performs on the case. That is to say that the legal fee could vary depending upon what items are at issue including: compensability of the death, proof of dependency or identity of dependency.

Frequently, there are appeals on cases and these appeals require a considerable amount of work. The attorneys are entitled to additional fees on the appeal depending upon how far the appeal was taken. Although some cases are appealed, they are ultimately settled on appeal and would obviously be subject to less of a fee since a final verdict was not reached.

There are certain circumstances where the attorney has already earned the maximum fee under the Commission regulations. That attorney could petition for an additional fee if the work they performed on the case warranted an additional fee. 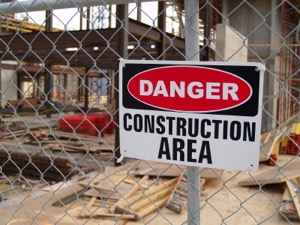 The fees in Workers Compensation cases in the District of Columbia are a maximum of 20% of the benefits recovered by the Washington D.C. Workers Compensation attorney for the injured worker. In some cases, the Washington D.C. workers compensation attorney is able to force the insurance company to pay for all or a portion of the attorney fees. All the fees in the District of Columbia are subject to the hours actually worked and the attorneys actual hourly rate as approved by the OWC or AHD.