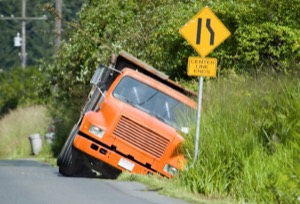 Frequently, in workers compensation cases, there are third party companion cases. A third party case would arise when the worker is injured due to the negligence of another person, even though that person may be an employee of the same company as the injured person. There are very specific rules regarding the availability of these type of claims, especially if the negligent employee is the boss of the injured person. In general, a third party case simply means that some other party is responsible for the injuries caused by an accident. Third party liability, in the workers compensation arena, can arise from most accidental injuries described on this website presuming that the injury arises out of and in the course of employment. Many issues arise when both a third party claim and workers compensation claim are being pursued. Initially, the workers compensation carrier would have a statutory lien on any proceeds received from any third party recovery. The lien that the workers compensation carrier could assert would be limited to benefits paid to the injured worker and not any expenses that the carrier spent in defending the case. Maryland law does provide in many instances that an attorney is able to reduce the lien by a certain percentage if the third party case is successful. The lien is comprised of the benefits paid to the injured worker but should not include any administrative costs of the insurer such as investigation, independent medical exams, case evaluators, or attorney fees incurred by the insurer. This lien can also be negotiated as a part of settlement or recovery from the third party. Each case needs to be reviewed with its own facts in order to make that determination.

As long as client does not file the worker’s compensation employee claim form he may have the right to collect PIP benefits first. See Gable v. Colonial, 313 Md. 701. The injured party may get to elect PIP and thereafter obtain workers compensation when PIP is exhausted. However, it is likely the insurance company for the PIP carrier will object and cause claimant to file a PIP lawsuit. At that point, it may not be productive to continue with the PIP claim.