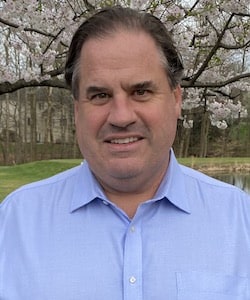 Ryan J. Foran was born in Maryland. Other than his time spent attending college in Virginia and law school in Florida, he is a lifelong resident of Maryland. He is married.

Ryan graduated from DeMatha Catholic High School in 1991. While at DeMatha Ryan played football, lacrosse, track and field and wrestled. He attended the College of William and Mary in Virginia on a four year football scholarship and graduated in 1995 with a Bachelor of Business Administration degree. His wife graduated from Auburn University in 1999. He attended Nova Southeastern University Law School and graduated with a Juris Doctor degree in 1998. He passed the bar exam on the first attempt and scored high enough to waive into the District of Columbia without taking the Bar examination in the District of Columbia. He was admitted to practice law in Maryland in 1998 and in the District of Columbia in 1999. He was a member of the National Honor Society in high school.

Ryan has the highest possible rating by Martindale-Hubbell Law Directory and is a member of the Bar Register of Preeminent Attorneys which is limited to lawyers who have demonstrated the highest level of legal ability and adherence to professional standards of conduct, ethics, reliability and diligence. Ryan was selected by Super Lawyers Magazine as one of the top young lawyers “Rising Stars” in Maryland in 2011 and 2012. To get included in the Super Lawyers magazine, one must be nominated by other attorneys or selected from a candidate search and evaluated by a panel of peers in the practice area. Only 2.5% pf lawyers statewide are named in Super Lawyers Rising Stars.

Ryan and his family believe that it is important to give back to the community. Ryan stays active in coaching youth sports and helps his children and their sports teams including basketball, swimming, football, lacrosse and baseball. Ryan devotes many hours a week working with children after he leaves the office from work.

B.B.A, College of William and Mary